“Whilst the last members were signing [the United States Constitution on 17 September 1787], Doctor FRANKLIN, looking towards the President’s chair, at the back of which a rising sun happened to be painted, observed to a few members near him, that painters had found it difficult to distinguish in their art, a rising, from a setting, sun. I have, said he, often and often, in the course of the session, and the vicissitudes of my hopes and fears as to its issue, looked at that behind the President, without being able to tell whether it was rising or setting; but now at length, I have the happiness to know, that it is a rising, and not a setting sun.” (Journal of the Federal Convention, James Madison, vol. 2, Monday, 17 September 1787; Jonathan Elliot, Debates on the Adoption of the Federal Constitution, Vol. 5, p.565)

Thus, at the signing of the United States Constitution Benjamin Franklin expressed his great hope that with the bringing forth of the magnificent principles embodied within the United States Constitution the cause of liberty and proper government would begin to rise and shine forth, bringing light to all of the land in a manner similar to the rising of the sun at the dawn of day.

It is hoped that through this web site and the materials and information offered herein an understanding will be fostered to the end that the cause of liberty and proper government may again be restored and be raised up as a new dawn to all mankind. We seek to make these tried and true principles of liberty and proper government popular again, and expose and make unpopular the false philosophies that have subverted the eternally important principles upon which the United States was founded. Read more >> 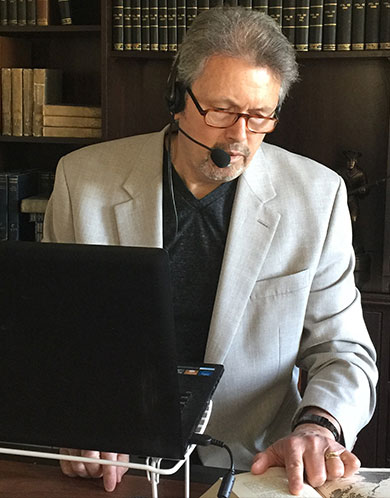 Scott served in the Utah Air National Guard before serving for two years as a missionary for his church. He returned to receive a Bachelor of Science degree, a Masters in Public Administration, and a PhD in Constitutional Law. For thirteen years, Scott worked as an executive at AT&T, where he managed cutting-edge telecommunications projects and worked in all facets of corporate management; including strategic planning, and a leadership assignment responsible for delivery of secured communications for the U.S. Department of Defense (North American Air Defense Command—NORAD).

Scott then accepted an administrative position with Utah State University as a Department Head and Director for sixteen years.

Scott is Founder and Chairman of the Constitution Commemoration Foundation, a non-profit educational organization which seeks to foster increased understanding of the U. S. Constitution and encourages a return to proper government as understood and practiced at the time of America’s Founding. He is also the author of the book and DVD/CD lecture series “To Preserve the Nation.” In addition, Scott hosts a talk radio show devoted to constitutional principles and their application to current political issues.

Scott and his wife Tamara live in Northern, Utah. They are the parents of five children and eleven grandchildren. In the “tradition of the American Founding Fathers” he seeks to secure the Blessings of Liberty not only for himself and his posterity, but also for YOU and YOUR POSTERITY.